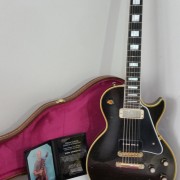 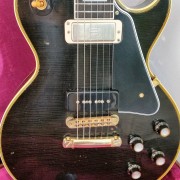 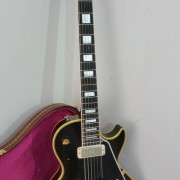 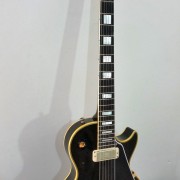 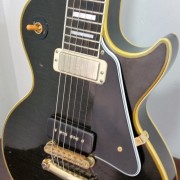 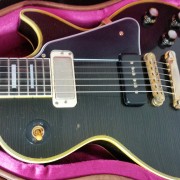 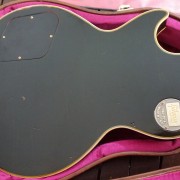 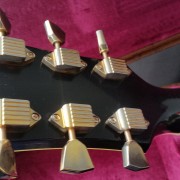 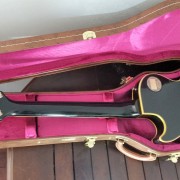 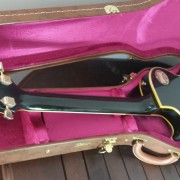 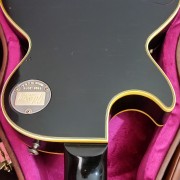 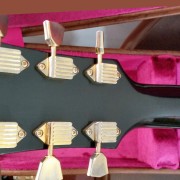 Robby Kriegers 1954 Les Paul Custom became a constant writing companion, workhorse, performing partner, muse, and musical soul mate all rolled into one right from the time he acquired it used in 1968. Nicknamed L.A. Woman after its use on that classic track by The Doors, it contributed to many unforgettable hits, and remains in Robbys possession to this day, a tried and true companion to a career that has continually evolved and inspired over decades. Now, through a close collaboration between Robby and Gibson Custom, a very limited number of hand-crafted replicas of the Robby Krieger 1954 Les Paul Custom will be made available to discerning collectors and players. Full and unrestricted access to the original guitar has yielded Gibson Customs luthiers the means of precisely recreating the feel, look and tone of this legendary instrument. And to take it all over the top the first 50 guitarshand aged by Gibsonwill also be played, approved and signed by Robby himself. A further 100 hand-aged guitars will be produced, with the final 150 of the run treated to Gibson Customs proprietary VOS process.

METICULOUS HAND-AGING INSPIRED BY EVERY NICK, SCUFF AND DENT OF THE ORIGINAL EARNED THROUGH A LONG PLAYING CAREER.

A RARE CHANCE TO LAND A LEGENDARY ARTISTS LES PAUL