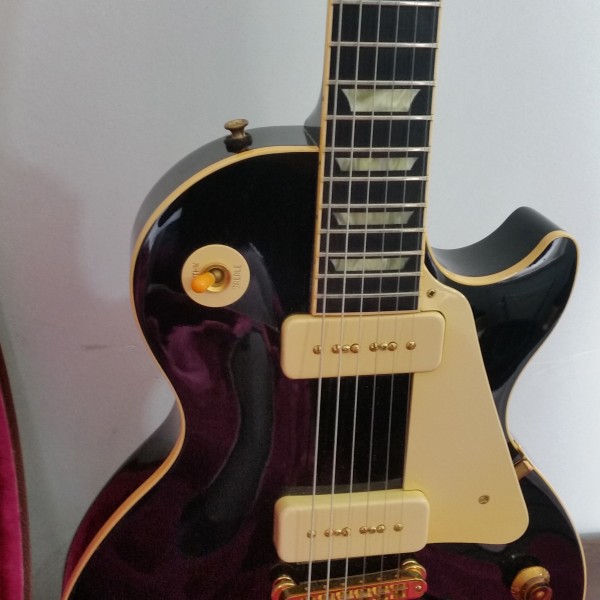 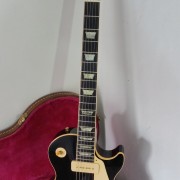 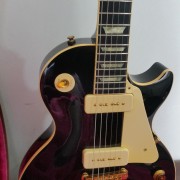 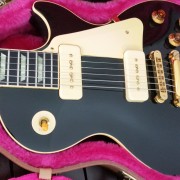 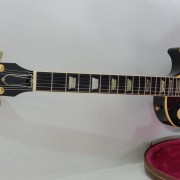 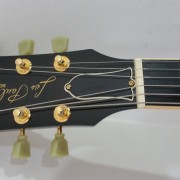 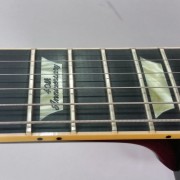 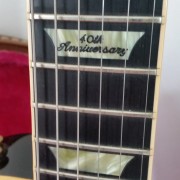 Classic Ebony finish with creme pickguard and binding with gold hardware. The guitar has nice action and the rounded 50’s profile mahogany neck with a bound ebony fretboard has a great feel. The fretboard has trapezoid inlays with a 40th Anniversary inlay on the 12th fret. The frets are in very good condition with no sign of fret wear.

The P-100 pickups have a great vintage tone and output. The guitar is equipped with a tune-o-matic bridge, stop bar tailpiece and vintage style Gibson Deluxe tuners. The back of the headstock has a Limited Edition Anniversary emblem. This Les Paul looks, plays and sounds great.