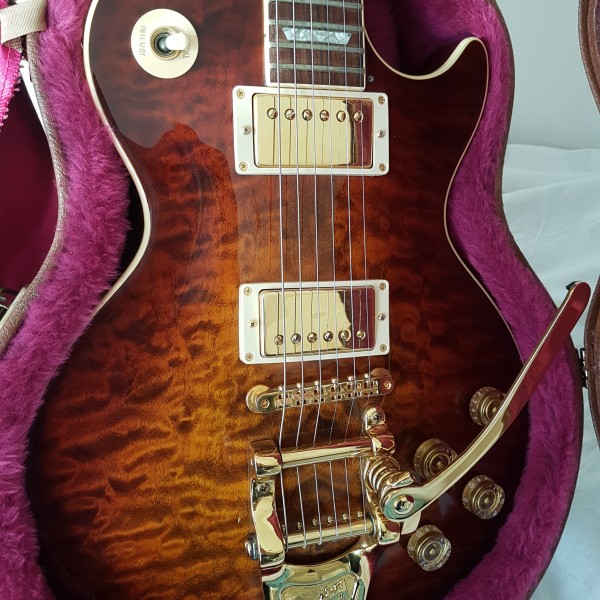 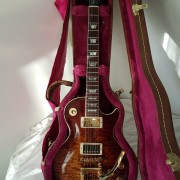 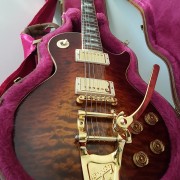 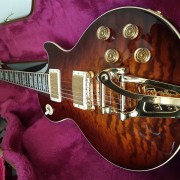 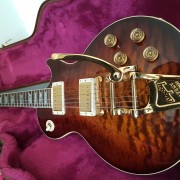 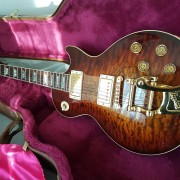 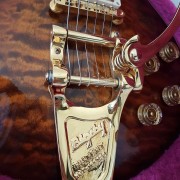 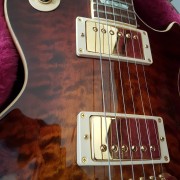 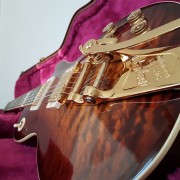 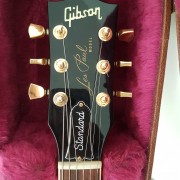 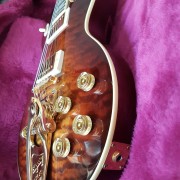 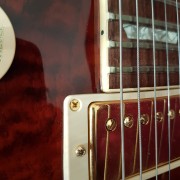 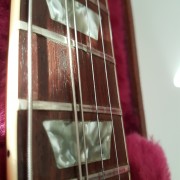 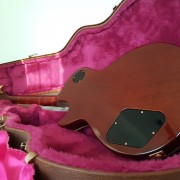 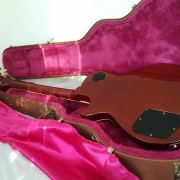 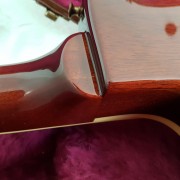 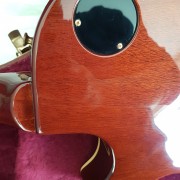 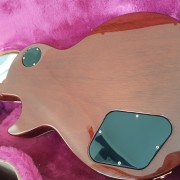 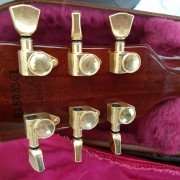 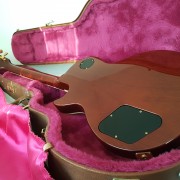 !One of a kind!
Want a special Gibson? Here is your chance!

This is an old wood 1983 Gibson Les Paul Standard. One of the earlier Les Paul Standards after the production stopped in 1960. Single piece mahogany back. Amazing quilted top, a different grade maple than the other Gibson guitars I know of that age. Gibson customer service told me it could be a custom order with the bigsby originally fitted. (So no stoptail holes.) As gibson did not keep records for all guitars before 1987 it could also be a retop in my opinion, laquer looks a bit thicker than original. Great guitar in excellent condition for its age, case kept beauty? Original Tim Shaw pickups. The pots are original dating to 82-83. The guitar is a true tonemachine. Crunchy classic rocksound aswell as a warm clean bluesy sound. It’s all as good as it gets. The neck is a round shape but in medium size. The guitar has no cracks and looks suprisingly new for it’s age, could be a refinish? An original 90ties brown/pink Gibson hardcase is included.