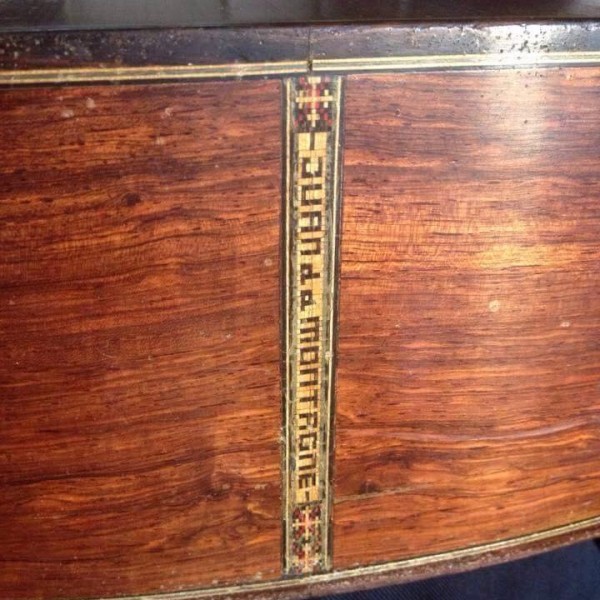 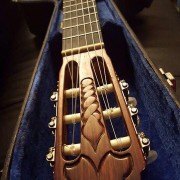 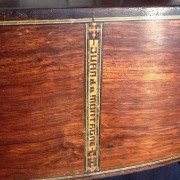 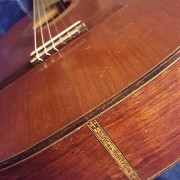 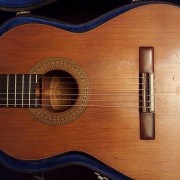 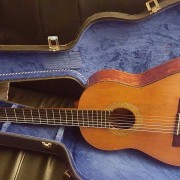 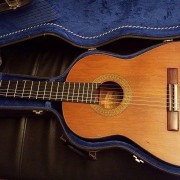 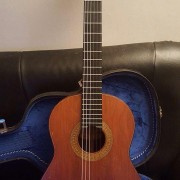 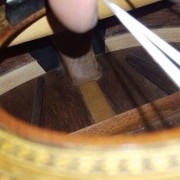 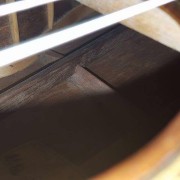 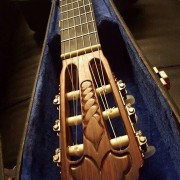 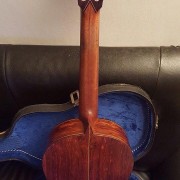 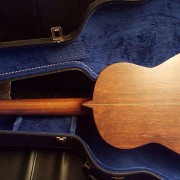 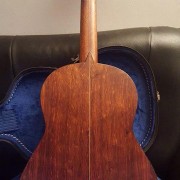 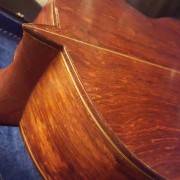 Jan van de Heuvel started building musical instruments medio 1955. After a short time he, like many other Dutch people around that time, emigrated to Australia with his wife. He continued his trade as a luthier there and had a big shop in Melbourne.
In Australia, he chose his professional name. Juan Reinier Da Montagne and as Da Montagne he continued building guitars. But his heart remained in Holland and around 1967 he returned to Holland with his wife and their Australian-born daughters.
Back in Holland he continued his business with the same name. He settled down in Geldrop at the Jan van Amstelstraat.
Jan mainly crafted classical and flamenco guitars. He was very Spanish-oriented, as you may have noted from his choice of name.
A lot of classical-trained guitarists bought their guitar from Jan. He was well-respected. In between he also worked in the guitarfactory Egmond as an advisor. He has worked in the factory until it closed. After that he moved to a beautiful villa at de Heuvel in Geldrop. His workshop was in the loft and downstairs was his showroom, complete with a bar where every saturday musicians came together to play.
Apart from classical and flamenco guitars he also made lutes, vihuelas and other historical stringed instruments. Also he had a number of apprentices.

This guitar is built with very nice woods and had an floating A-frame like used on grand-pianos. This rare beauty is in avarage condition. Many dings and dongs, no breaks or cracks. Well playable for a vintage guitar, action is not low.