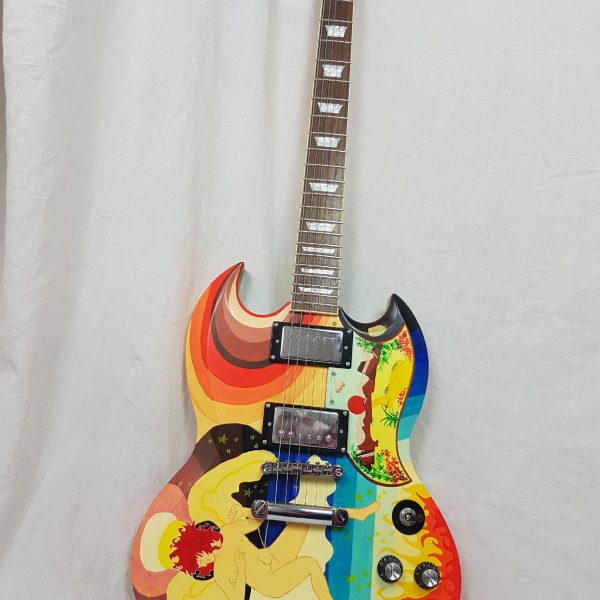 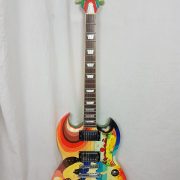 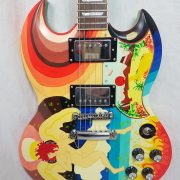 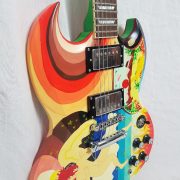 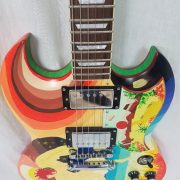 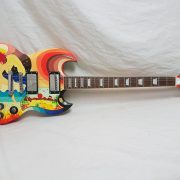 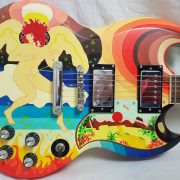 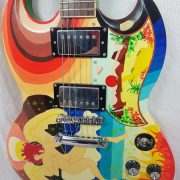 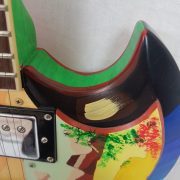 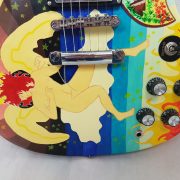 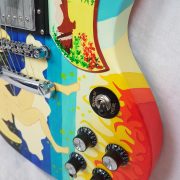 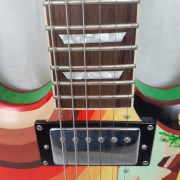 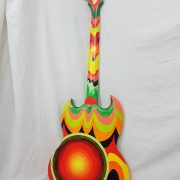 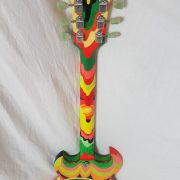 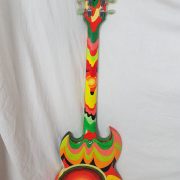 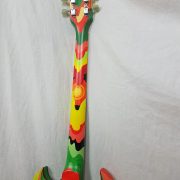 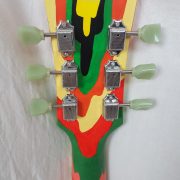 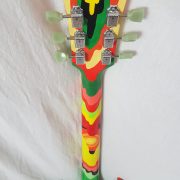 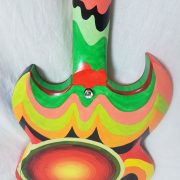 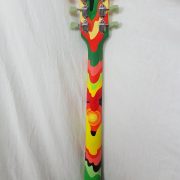 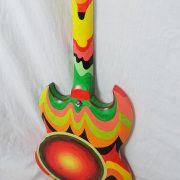 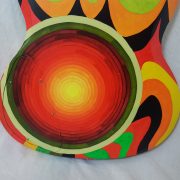 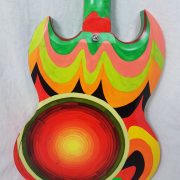 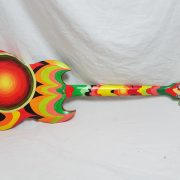 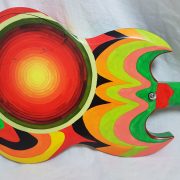 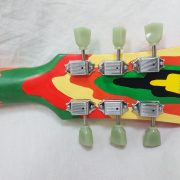 This guitar is NOS and therefore mint. The pictures are of the actual guitar. 100% original and no breaks or repairs! Great collector piece. HAND PAINTED! Great piece of art. Limited edition and no longer produced.

Each hand made Vintage® Icon Series™“Fool” guitar is a true, ‘one of a kind’ instrument, with unique artwork exquisitely and individually hand painted, in oils, in a faithful re-creation of the iconic guitar from1967, based upon artwork commissioned by the late George Harrison of The Beatles, for the giant, world famous, mural painted on the wall of London’s famous Beatles-owned Apple Boutique by the Dutch art collective, known as “The Fool”.

The art collective went on to re-create the vibe of the Apple Boutique mural, in miniature, on one of George Harrison’s guitars, which Harrison had given to his friend Eric Clapton.

The guitar has come to be known as “The Fool” after its creators. The original Gibson guitar was used almost constantly by Eric Clapton in Cream, and eventually ended up in the hands of legendary US performer, Todd Rundgren.

“The Fool” is one of the most instantly recognisable guitars in the world. Paying homage to an earlier era of psychedelia, and some truly exceptional, all time classic guitar sounds, the Vintage® Icon series™ “VS6 Fool” is memorabilia brought to life, an exciting salute to a time of unrestrained artistic interaction, and creative freedom in pop art and rock music.

Those who know Vintage, know that they make great guitars that are fantastic value for money – and now they have done what we always thought they could – gone upmarket and created a unique, truly exceptional guitar…

Rob Angelo, lead guitarist with blues rock combo Bloodless Coup has become the proud owner of a Vintage® VS6MRF “The Fool” guitar. Like many fledgling guitarists of the time, the original instrument – owned by Eric Clapton whilst in Cream, and painted by Dutch pyschedelic art collective ‘The Fool’ – and what it represented made a huge impact fans of the bands’ unique take on high volume blues rock; fans such as a mid-teenaged Rob Angelo.