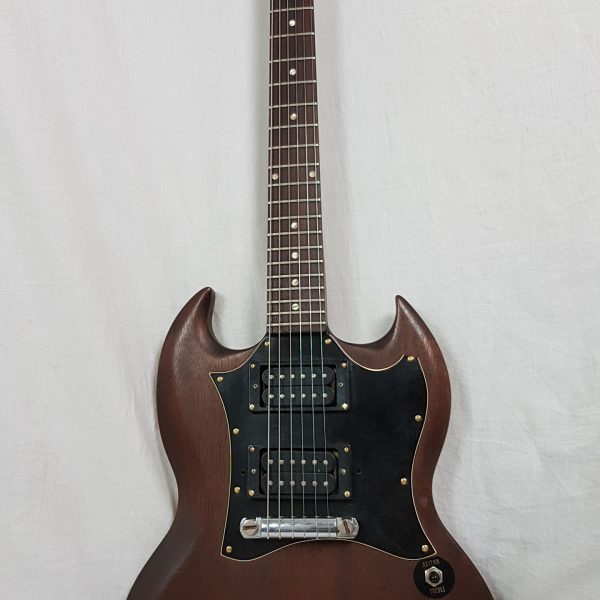 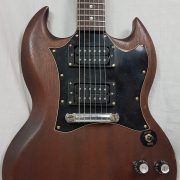 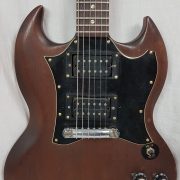 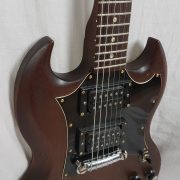 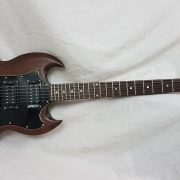 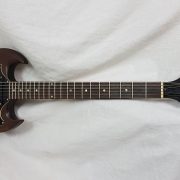 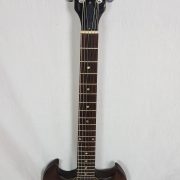 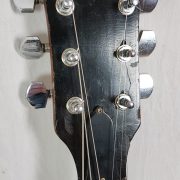 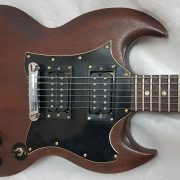 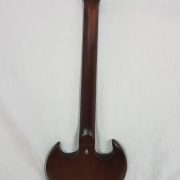 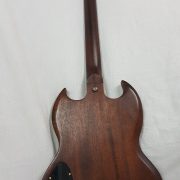 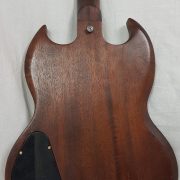 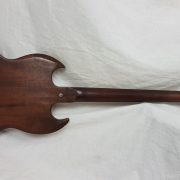 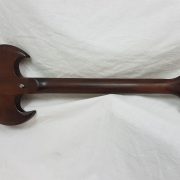 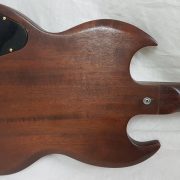 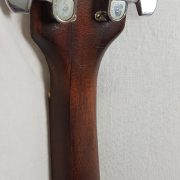 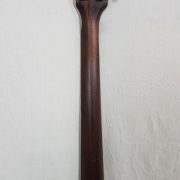 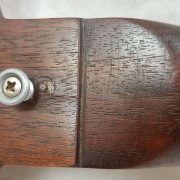 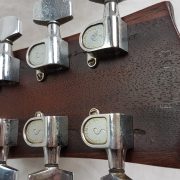 This is a true vintage player. Very hard to come by outside of the US. The guitar is old and has been played a lot. The neck is straight with low action and good fret life. The neck has some repairs. It was never broken off but has some cracks which are stable but could be completely disguised with some effort or a paintjob. I leave this decision up to the next owner. The pickups are 80ties dimarzio USA. This was originally a sg junior which has been converted to fit an extra (neck)pickup for maximum tone-options.

Like the Les Paul Junior before it, the SG Junior was a simple version of the SG introduced as a student-level guitar in 1961 (as the Les Paul Junior). The SG Junior used a single P-90 pickup and single-piece bridge/tailpiece. Starting in late 1965, a vibrato tailpiece was made standard. In 1966, the pickguard was redesigned to wrap around the whole pickup.

Finish Specifications: Cherry was the standard finish for the SG Jr.

This guitar is NOT a museum piece. It is made to be played. And it rocks! From the golden era of the electric guitar! Original solid vintage made in USA base with premium hardware.