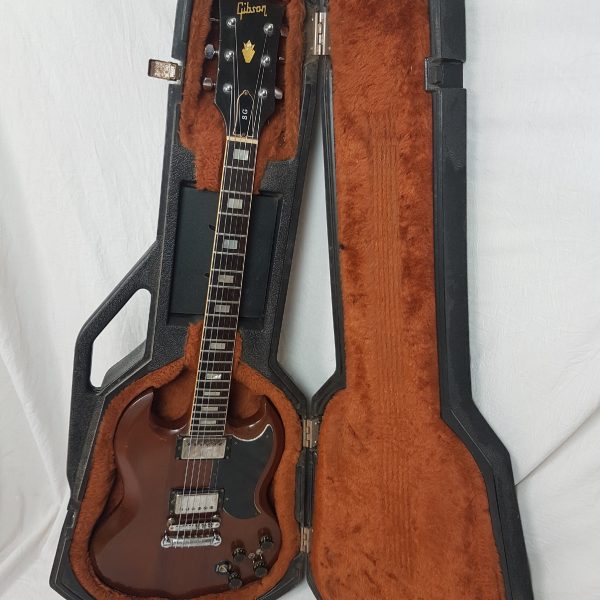 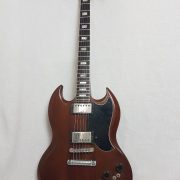 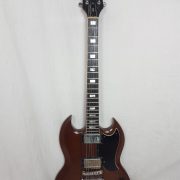 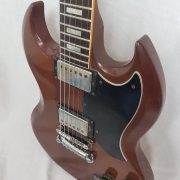 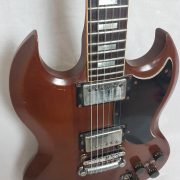 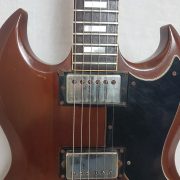 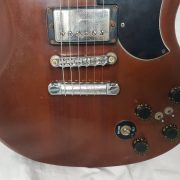 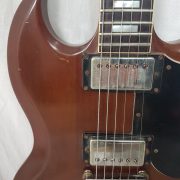 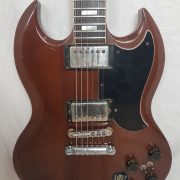 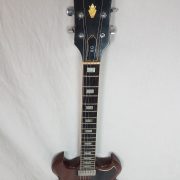 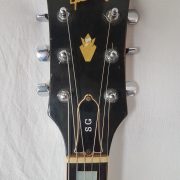 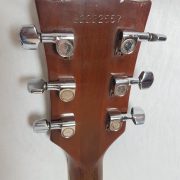 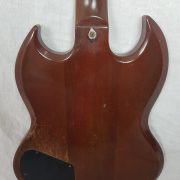 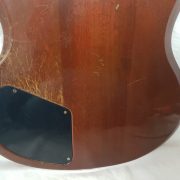 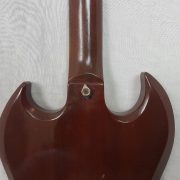 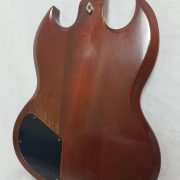 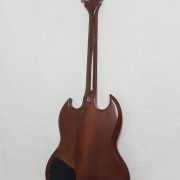 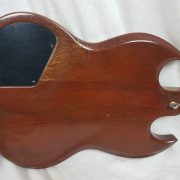 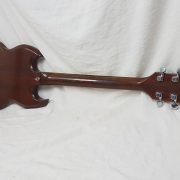 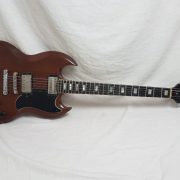 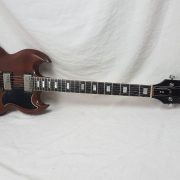 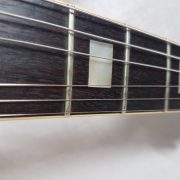 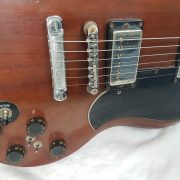 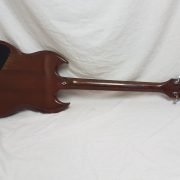 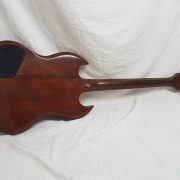 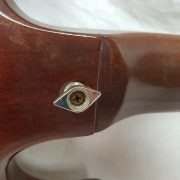 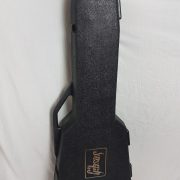 The Gibson SG was introduced in 1961 as a complete replacement for the Les Paul. The new design was thought to be a more modern solidbody guitar, with sleek beveled edges and two sharp cutaways. By late 1963, the Les Paul moniker was dropped, and the SG (or Solid Guitar) became an entirely separate model. The SG has remained in steady production ever since earning a place as one of the truly classic solidbody guitars.

This guitar is in very good condition for its age. No cracks, no breaks, no routings and no repairs. Not original are; the tuners, bridge and two added toggleswitches. Original pots and original very rare Gibson Tarback (bill lawrence) pickups. Original finish and original ‘walnut’ stamp under neck pup. Great player. Good balance for an SG and very stable!

Years of Production: 1961 – present (with some changes in name)