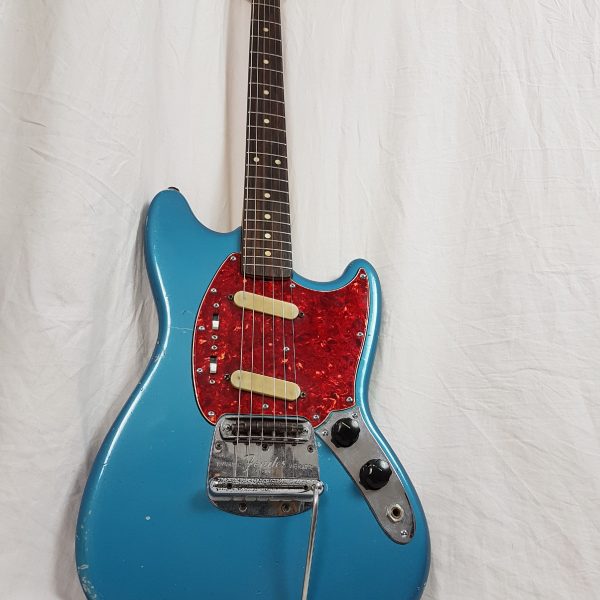 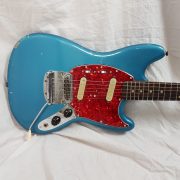 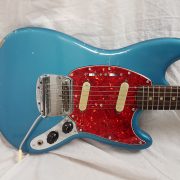 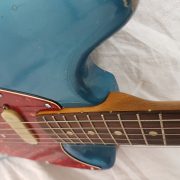 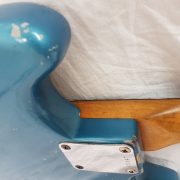 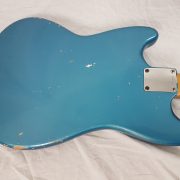 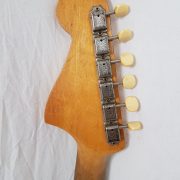 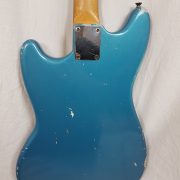 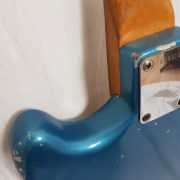 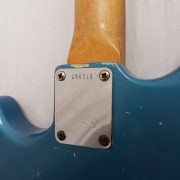 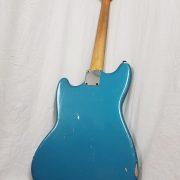 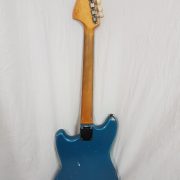 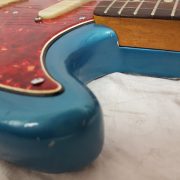 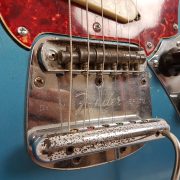 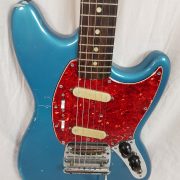 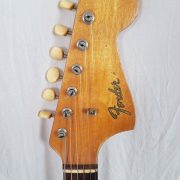 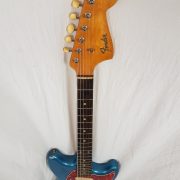 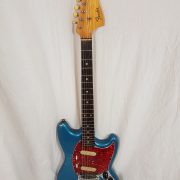 Introduced just before the CBS takeover of Fender, the Mustang was part of a redesign of Fender’s line of student level guitars which included the Duo-sonic and Musicmaster. The Mustang offered somewhat more sophisticated electronics than earlier student guitars and also featured a 24-inch scale length. In its earliest era, the Mustang was available in a shorter 22 1/2-inch scale length, but these guitars are very uncommon. Since being discontinued in 1982, the Mustang has been reissued a number of times, and has found some popularity among alternative and indie rock players.

The neck feels amazing. The slim profile feels quick and smooth, and makes it very easy to get around. The action is low all the way up and down. Feels a little tighter than most Mustangs do, which is nice o the shorter scale.

Original pickups sound amazing. They are super warm and punchy with that classic Mustang tone. The neck pickup is full of deep, smooth lows, and the bridge pickup has an amazing jangle.

Finish Specifications: Lake placid blue is a refinish over the original white finish.